Robin Moody serves as Executive Director of the National Rural Accountable Care Consortium. Immediately prior to this position, she served as Director of Policy and Compliance and later as Vice President of Operations for Caravan Health, a sister company to the National Rural Accountable Care Consortium. Before that, Robin worked for the Oregon Association of Hospitals & Health Systems for seven years as senior director of policy, where she co-led an initiative that moved half of Oregon’s rural hospitals off of Medicaid cost-based reimbursement onto an alternative payment methodologies. Early in her career, she worked for more than a decade as health care journalist and newspaper editor for newspapers around the Pacific Northwest, including six years as the health care reporter for the Portland Business Journal.

Robin graduated from Gonzaga University with Bachelor’s degrees in journalism, Spanish and economics. She received her Master’s in Public Health degree from Portland State University.

Robin lives in Portland, Oregon, with her husband Ryan, who is senior director of sales operations for the health care consultancy Kaufman Hall, and their two young children. 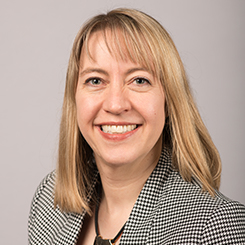 “Our single physician practice would not have been successful with MIPS without the support from NRACC."